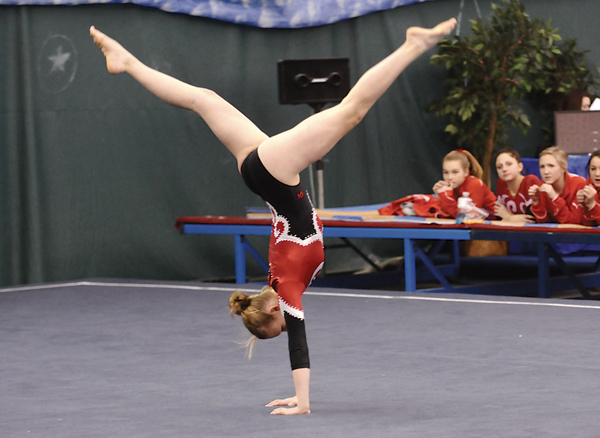 MANKATO — The Austin gymnastics team crowned its first All-Around Big Nine individual champion in a decade, but the team had to settle for second place as it finished with a team score of 141.725 and Owatonna won its fourth straight Big Nine title with a score of 143.225.

“We didn’t have our best day on floor,” Austin head coach Mark Raymond said. “While it would’ve been nice to win, we’ve got our sights set on next weekend’s section meet and hopefully we can make the corrections to get a better score there.”

Austin sophomore Sela Fadness took home top honors in the All-Around competetion as she finished with score of 37.15. Fadness took first on the vault and floor, second on the bars and fourth on the floor.

“It was an exciting day,” Fadness said. “I was a little worried after taking a fall on the beam, but I kicked it up a notch and finished on the vault strong.”

“I really like having her as a coach,” Fadness said.

The Packers will now focus on the Section 1A meet, which will be held in Red Wing Saturday at 11 a.m. The Packers are hoping to clinch their second trip to state in school history as the last state apperance was two years ago.

“We have a lot to improve on,” Fadness said. “We had a couple of falls and stumbles (Saturday) and we still had one of our best scores of the year, so hopefully next week is even better.”