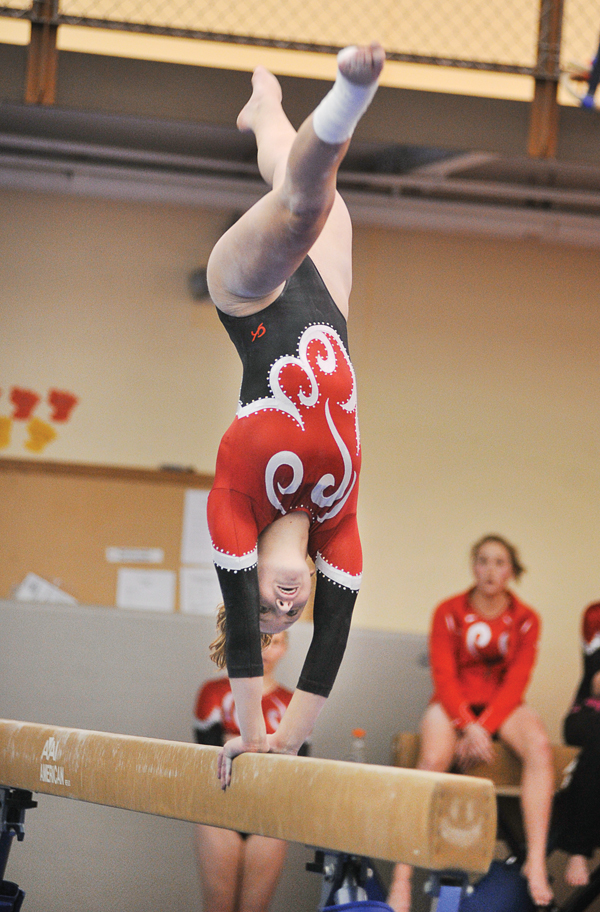 Austin's Abby Bickler performs on the balance beam during a dual with Owatonna at the YMCA Tuesday night. - Eric Johnson/photodesk@austindailyherald.com

The Austin gymnastics team suffered its first dual loss of the season when it fell to Owatonna 140.275-139.125 in the last dual meet of the season at the Austin YMCA Tuesday.

The Packers were hoping to finish off the home schedule with a big win over the Huskies, but they’ll have to aim for the Big Nine meet, which will be held in a week and a half. 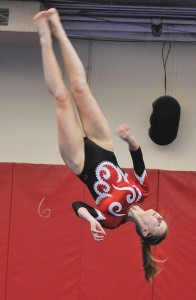 Austin's Logan Tischer performs on the floor during a dual against Owatonna at the YMCA Tuesday night. - Eric Johnson/photodesk@austindailyherald.com

“We’re definitely disappointed because we don’t have our perfect record anymore,” Austin freshman Carolyn Hackel, who finished fourth on vault, said. “It happens and now we know we just have to go back and work harder.”

The Packers put up a score that was a few points lower than what they put up at the ‘true team’ state meet on Saturday. Austin head coach Mark Raymond said that was because the Packers are trying to push themselves to new heights before the section meet rolls around in a few weeks.

“We had our eyes on bigger and better things tonight so we threw a lot of new things. It cost us some points, but it was a good night to try it with judges in front of us,” Raymond said. “We saw the best teams in the state this last weekend and if you’re in fourth place you can either settle for that or go back and work harder to get better.”

Austin sophomore Sela Fadness finished first in the all-around competition with a score of 36.950 and she took first in the floor, vault and beam. But she would’ve rather had a team win over Owatonna, a team that Austin has never beaten in her high school career.

“We gave it our all, but we had a lot of little things that we could clean up and we’ll go back to practice and fix those things so they don’t happen next time,” Fadness said. “After this weekend when we hit really big I knew it was going to be close. We missed by a couple of tenths, but hopefully at Big Nine we can get back at them and this time take it.”

Hackel and Fadness both said the dual brought the largest crowd of the season and they were happy to see some fans supporting them.

“We didn’t know this many people knew about the gymnastics team,” Hackel said. “But we’re used to big meets so it wasn’t that big of a deal, it’s a lot louder than this at the state meet.” 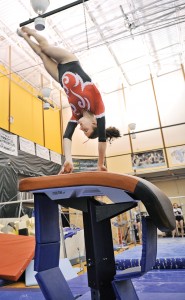 Austin's Abby Snater performs off the vault during a dual against Owatonna Tuesday night at the YMCA.- Eric Johnson/photodesk@austindailyherald.com