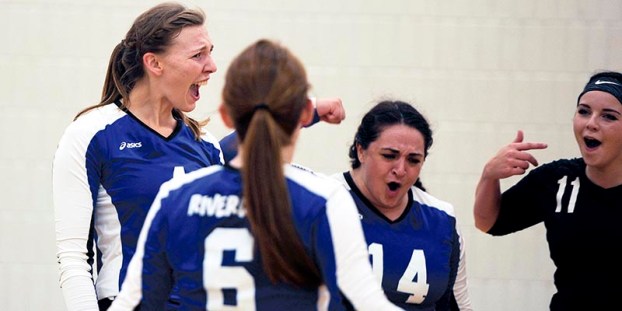 It didn’t come easy, but the Riverland Community College volleyball team was able to pick up its first win of the season by shaking off Minnesota West (1-6 overall) in Riverland Gym Wednesday. The Blue Devils won 25-23, 25-15, 23-25, 25-19.

RCC (1-11 overall) looked to be headed for a sweep when it led the third game 16-5, but the Bluejays rallied to win it and go into the fourth game leading 6-1. The Blue Devils were able to bounce back when Albert Lea grad Hope Landsmann served a pair of aces to put RCC up 14-11. 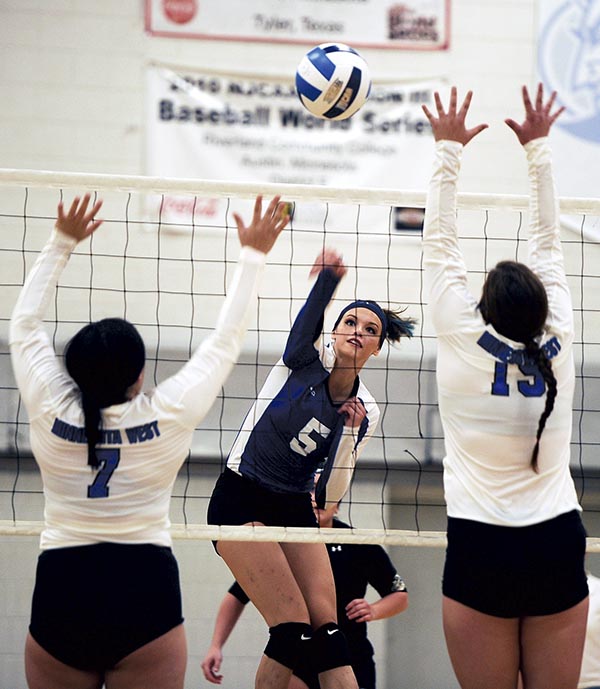 “It was a long time coming,” RCC head coach Michelle Ihnen said. “Last weekend we had so many close matches and we were at a breaking point where we needed to make some changes. We decided on Saturday we’re done losing and hopefully we’re on a roll now.”

LeRoy-Ostrander grad Sam Siskow had a big night at the net as she racked up 15 kills and added 14 digs. Siskow had the game-winning kill in the first and fourth games.

AL grad Kassi Hardies added 14 kills for the Blue Devils, Landsmann had seven ace serves and Austin grad Marissa Hart had 21 set assists. Ihnen said the Blue Devils are at their best when they have multiple options on offense like they did Wednesday. 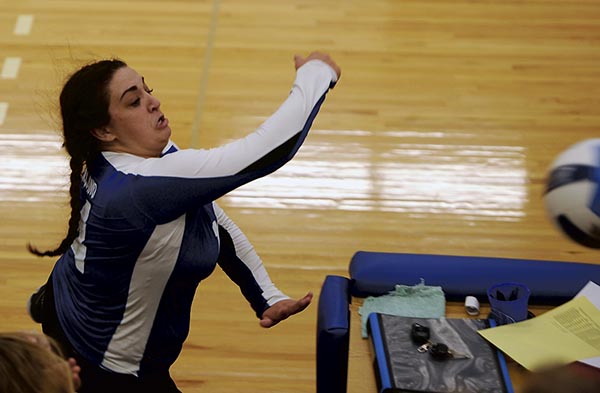 Marissa Hart attempts to make a play on a ball near the scorer’s table for the Blue Devils in Riverland Gym Wednesday. Rocky Hulne/sports@austindailyherald.com

“We needed to find some consistency out of the middle and both of them helped out tonight,” Ihnen said. “We’re balanced offensively across the board.”

Siskow has had a strong start to her freshman season for the Blue Devils as she leads RCC with 97 kills and 89 digs.

“It’s nice to be on a team where everyone is super motivated and excited,” Siskow said. “Everyone kind of has that small town vibe and everyone gets along really well.” 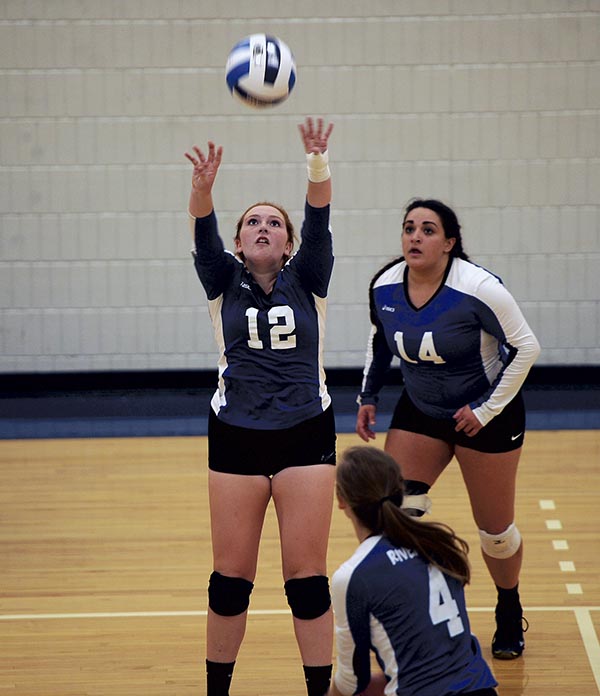 New positions are one of the driving factors for Mower County’s early 2017 budget projections after the county board discussed... read more