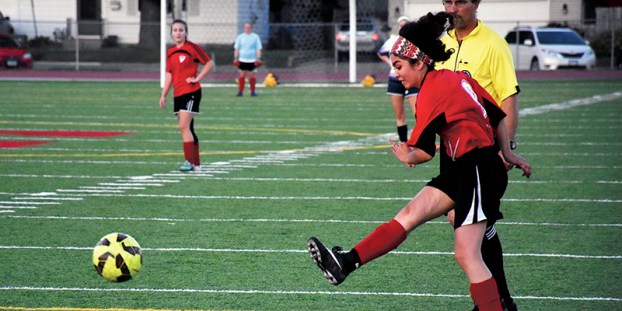 It was a hot night and the Austin U18 girls soccer team didn’t have any subs available, but they didn’t show very many signs of fatigue as they beat Valley United, which includes players from the Apple Valley Area, 2-0 in Wescott Athletic Complex Thursday.

Emily Hegna put Austin (2-0-1 overall) on the board when she blasted a shot for a goal in the 35th minute and she continued to help provide pressure the rest of the way on offense. 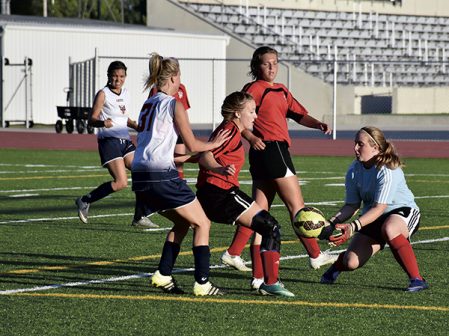 Cassity Nangle lunges to make a save for the Austin U18 girls soccer team against Valley United in Wescott Athletic Complex Thursday. Rocky Hulne/sports@austindailyherald.com

“We knew we didn’t have any subs going into it,” Hegna said. “We just had to spread it out, look for passes and stay positive.”

Hegna created plenty of scoring opportunities for Austin in the win and Austin finally put the game out of reach when Hannah Quandt scored on a breakaway with just five minutes remaining in the contest. Hegna is ready to play a bigger role for the Packer girls soccer team this fall and she’s getting an early start this summer. 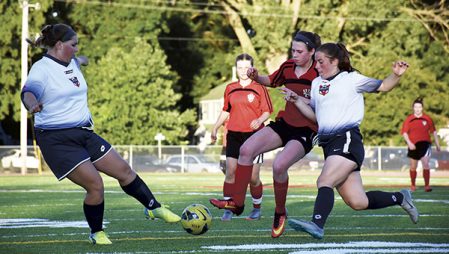 “We lost two of our scorers from last year and with this being my senior year, I”ll have to step up and get the girls motivated,” Hegna said. “It’s looking good this summer. We don’t have as much experience as the teams we’ve played, but we’ve been practicing.”

Cassity Nangle stopped 12 shots in net for Austin to get the shutout. She made a couple of diving stops in the second half, but she also received help from her back-line defenders. Nikki Summerfield and Isabelle Reuter both stayed active on defense throughout the game.

Reuter was in non-stop hustle mode, despite playing in tough conditions without rest. 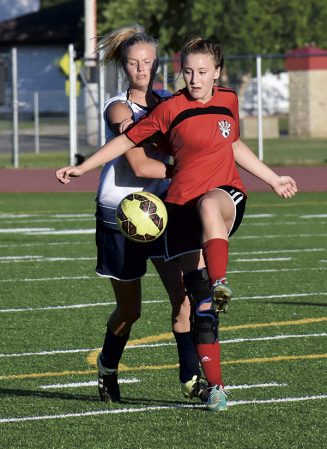 “We were attacking throughout the entire game and we didn’t let the heat get us down,” Reuter said. “When I’m back there, I’m just trying to help the rest of the team out. I have to keep it up, because if I let my guard down for a second and somebody scores, it could be my fault.” 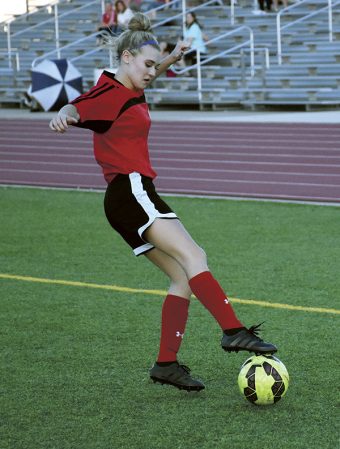 Meadow Greens Ramsey Ladies Club met on Wednesday. Play of the Day was: T and F. Winners on the first... read more