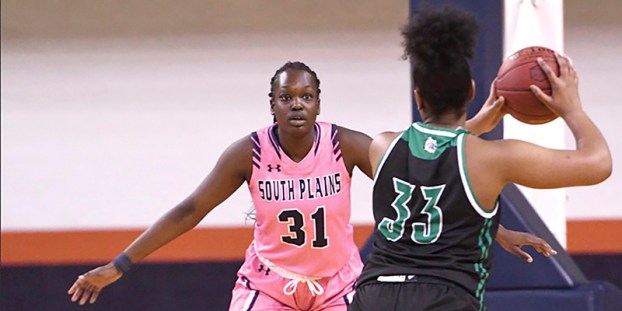 A journey for basketball

One of the worst days in Ruth Koang’s basketball life turned out to be the day that pushed her in the right direction.

Koang was wrapping up her senior season at Our Lady of Mercy School for Young Women in Rochester, New York when she was handed the shock of her life. Koang was expecting to play college basketball at Division I Virginia Tech, but that all changed when she found out one of her math classes wasn’t accepted from the NCAA and she would be deemed ineligible.

Then a text came from South Plains Community College head coach Cayla Petree and Koang was back on track. 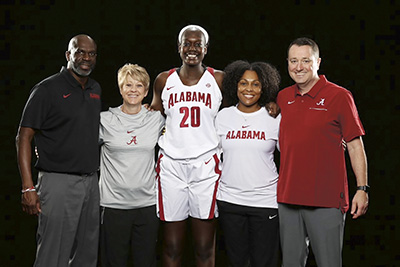 “I didn’t really know what I was going to do. I didn’t even think about junior college. I thought I was done,” Koang said. “How was I going to pay for college? I honestly thought my life was over until (Petree) texted me and gave this opportunity. I don’t even know how she got my number, but we talked for 10 minutes and I committed (to South Plains).”

Koang was born in Rochester, New York, but her family moved to Austin when she was in sixth grade. She was a shot blocking machine and averaged a double-double during her sophomore and junior seasons with the Packers, but Koang moved back to Rochester with her godmother for her senior season. Koang focused on school and basketball that year and while she didn’t get to go to Virginia Tech like she wanted, she did get to Levelland, Texas to play for the Lady Texans.

If Koang, a six-foot, five-inch center, thought that playing junior college basketball would be a breeze, her mind was quickly changed.

“I had this idea that junior college was nothing like Division I, but my coach wanted us all to go Division I so our practices were like we were at a Division I school,” Koang said. “It was really hard.”

After some bumps in the road during her freshman season, Koang played a shining role for a team that was a national title contender this past winter. Koang, who made the all-conference team at South Plains, averaged 10.6, points, 7.2 rebounds and 1.6 blocks in just 16.3 minutes per game at South Plains. She shot 60 percent from the field and 68 percent on free throws.

The Lady Texans went 32-1 overall this past season and they were the No. 2 seed in the NJCAA Division I National Tournament before it was cancelled due to the COVID-19 outbreak.

“That was really upsetting,” Koang said. “We really had a chance to win it this year.”

Koang didn’t get to compete for a national title, but she did get back to the Division I level. She recently committed to play basketball at the University of Alabama under a full scholarship.

“I knew I really wanted to play in the Power 5 level,” she said. “Talking to Alabama and getting to know the coaches, I knew that’s where I wanted to be.”

Koang is just entering her junior year of college, but she’s already seen a lot of the country. Her journey has taken her from the Northeast, to the Midwest, back to the Northeast and finally to the South. When she visited her family in Austin this past Christmas, Koang realized how much the southern weather had grown on her.

“It’s really different. I never thought I’d end up in Texas, Alabama, or the south in general. When I went up to Minnesota last winter it was horrible, because I’m used to the weather down here now. The people down here are friendly and nice.”

To ease burden, residents asked to not put out all recycling at once

As part of addressing concerns about the spread of the coronavirus, the Mower County Board of Commissioners suspended the county’s... read more