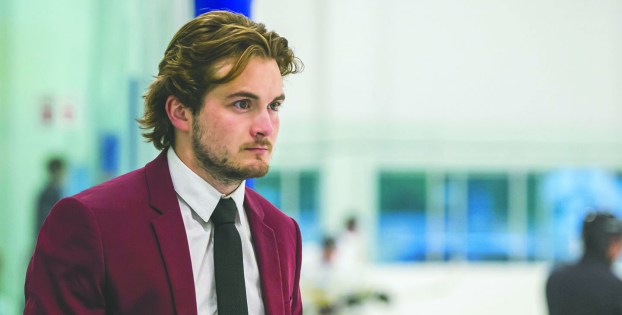 Ever since his days as  a goalie for the Packers, Austin grad Rainer Londino-Green has always loved to sit down and watch hockey film.

All of that time has quickly paid off for Londino-Green as he was recently promoted to head coach and general manager of the Bozeman Icedogs, an NA3HL franchise in Montana, in just his fourth year in coaching.

Londino-Green is just 24 years old, but he will now be in charge of coaching an entire team of players who are just a few years younger than him. He began as an interim head coach for the past month and a half of this past season, which saw the Icedogs win their division, and he’s now ready take on the top coaching job.

“I definitely thought I was going to have to grind it out for a couple of more years, but the opportunity presented itself this year and I kind of ran with it,” Londino-Green, a 2013 AHS grad, said. “I tried not to look back much.”

Londino-Green was the top goalie for the Austin Packers for a three-year stretch from the 2010-2011 season to the 2012-2013 season. He spent the next three years jumping around the junior hockey circuit including a year with the Rochester Icehawks in the Minnesota Junior Hockey League, a year as a practice goalie for the Austin Bruins and a year with the Butte Cobras of the NA3HL.

After playing for the Cobras, he spent a year coaching goalies and watching film and he spent another year as a volunteer goalie coach at Missouri State University before joining the staff of the Icedogs. Bozeman has made big strides to move near the top of the Frontier Division in the past two years as the team won just five total games three seasons ago.

Londino-Green wants the team to take the next step and become NA3HL contenders in his first full season as head coach next year.

Londino-Green will now be coaching a team full of players who are around the same age his younger brother. He’s quickly learned to play the role of coach, while still being able to relate to the players and their struggle to move up to higher levels.

It wasn’t that long ago that Londino-Green was fighting the same battles to move up in the world of junior hockey.

“Junior hockey is a grind and I went through that,” Londino-Green said. “When I see these guys going through similar struggles, I tell them to keep pushing. Junior hockey is the best time of your life and I’m fortunate to be in the position I’m in now. It’s definitely not easy, but you’ve got to keep working hard and get better.”

Von Miller had to catch his breath after finding out he got every vote for the 2010s All-Decade Team. Miller,... read more