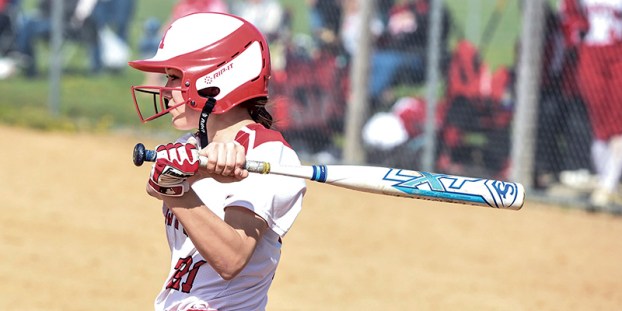 Now McCormack is moving full speed ahead into the world of college athletics.

McCormack made her commitment to play softball at Division III University of Wisconsin-La Crosse from her home on Wednesday. She feels comfortable with her choice after speaking to Austin grad and former UWL softball player Sydney Murphy, who had 112 career hits and 37 RBIs while she was with the Eagles.

“I was nervous to see if I could keep up with school and a sport in college,” McCormack said. “I wasn’t sure if I wanted to play or not, and Sydney kind of reassured me and gave me a bunch of tips. That helped me make the final decision. She had nothing but good things to say about (UWL). It was nice to have that input from someone that I know.”

McCormack began thinking about playing for UWL when she watched Murphy and the Eagles play in a tournament in Arizona over spring break last year. 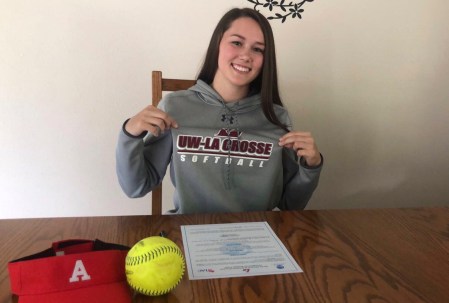 Murphy, who graduated from AHS in 2015, played in an NCAA National Tournament with UWL in 2019, which was the team’s first National Tournament appearance since 1986. Her passion for softball thrived in her time with the Eagles and she’s excited to see another Austin Packer follow in her footsteps.

“I loved UWL and I was able to get an excellent education while continuing to play a sport I love. The softball team became my second family there. I had so many great memories there and I wanted to share them with Jordyn so she could potentially have the same,” Murphy said. “Jordyn is the type of player that can step into any position and excel at it. Going into college, that will be a huge asset to her. She’s an excellent example of a team player and will do whatever she can do to put the team first.”

McCormack enjoyed a stellar three-sport career with the Packers as she surpassed 100 career points in hockey and she compiled more than 350 kills and 250 digs in her volleyball career. She showed heaps of potential in softball during her sophomore season when she hit .528 with 32 RBIs, but McCormack was hampered when she missed a month of last season due to mono. She rushed back to the field to help her team and her batting average dropped to .279.

Now COVID-19 has taken away her senior season.

“My sophomore season was a really good season, then I missed almost a month in my junior season and that was really frustrating,” McCormack said. “I just wanted to be out there, especially with the seniors. That made me excited to get out there this year and it was really heartbreaking to have this year taken away. That makes me really hungry to play again next year.”

McCormack has played catcher, infield and outfield in her softball career and she’s willing to play wherever UWL decides to put her. She’s been staying in shape through workouts and hitting off a tee, while going to the field for occasional sessions of catch with former teammates.

She hopes to be able to play for the Minnesota A’s, who are based out of the twin cities, this summer, but that season could be cancelled by COVID1-19 concerns a lot as well.

McCormack may have lost a lot of time in softball over the past two years, but she’s ready to make up for it at the next level.

“It’s definitely a relief after I decided to have the future set,” McCormack said. “With all of this going on, I was worried that we might not even have students on campus in the fall. I’m pretty sure they’ll have students there and we’ll probably have a season next year.”