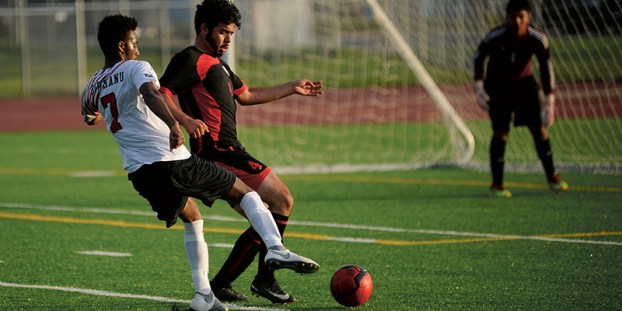 The Austin soccer program has united a community and created a standard of excellence in recent years, but now the sport is going to have to take a breather after the Austin Youth Soccer Association recently had its season cancelled due to the COVID-19 outbreak.

The Austin boys have maintained their success while having a lineup that features talent from across the globe. Those players have bonded and created a welcoming place for all immigrants who come to Austin, including Austin grad Abel Grebrekiros, who starred for the Packers after moving to town his senior year and now plays Division I soccer at Gardner-Webb University.

The loss of soccer this summer was a tough fact to accept for Cory Goetz, president of the Austin Youth Soccer Association.

“We had good numbers last year and we were excited for this year. We had more teams on the girls side than we had last year,” Goetz said. “When you get to the point where you realize the season isn’t happening, it’s so disappointing because of all of the time and energy that the board and the parents put in. We obviously understand and we want everybody to be safe, but it’s still disappointing.”

AYSA has to have its team rosters set by March, which means Goetz and other AYSA members spent a good portion of the offseason trying to call and recruit players to fill up teams of all ages.

There was also the dome season that saw Austin youth attend camps and high school players competing in a winter league.

Now the Packer players are forced to sit and wait for a fall season that may or may not come. They aren’t exactly pouting, however, as players have taken it on themselves to hold individual workouts with 10 or less players on one side of the field at a time.

“Anything happening in town is going to be a grassroots kind of thing with players or parents doing it on their own. I know the high school players have been getting together and playing,” Goetz said. “Many of these guys won’t play a game all summer long and when they’ve got to go in the fall, they’re all going to be a little bit rusty.”

While the Packers may be rusty whenever it is that they return to action, you can bet that they will play hard, play together and play for more than themselves. Just like they’ve always done.

The need for law enforcement never decreases, even during a pandemic. But with the risk of exposure, the Austin Police... read more