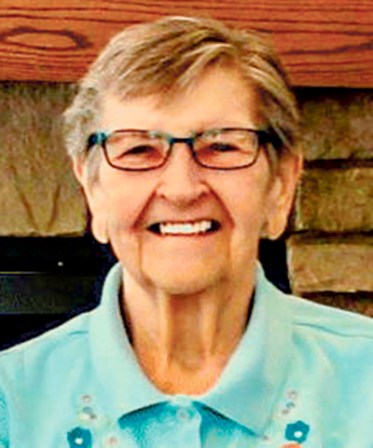 Lorraine Sylvina was born to Herman and May (Clark) Jacobson on Dec. 13, 1931, in Ostrander, Minnesota, and baptized at Bloomfield Lutheran Church in Ostrander. Lorraine began grade school in Spring Valley, Minnesota. The family then moved to Wykoff, Minnesota, where she attended both grade school and high school at Wykoff Public Schools. Lorraine graduated with the Class of 1949.

On January 10, 1952, Lorraine was united in marriage to Norman Hildestad in Austin. They spent a couple years in San Antonio, Texas, as Norman served in the US Army. They returned to Minnesota in 1954, residing in Austin. Lorraine worked at the Austin State Bank/Wells Fargo for almost 30 years, and later SEMCAC for four years.

A private service will be celebrated with the Rev. Jon Marburger officiating. Interment will be at Oakwood Cemetery. Clasen-Jordan Mortuary in handling arrangements.