Man gets 51 months for ammunition possession

Isaiah Ray Talamantes, 25, of Austin was sentenced on Friday in Mower County District Court to 51 months in the Minnesota Correctional Facility in St. Cloud for felony violent felon in possession of firearm ammunition. He received credit for 163 days served.

He received a concurrent sentence of 17 months in prison for felony fifth-degree drug possession. 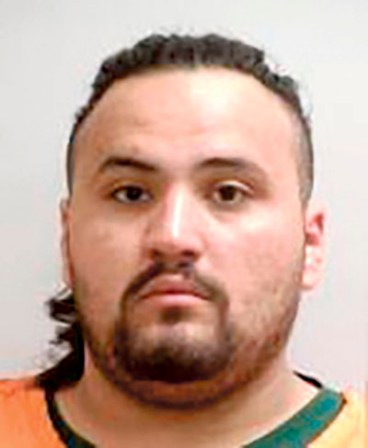 A second charge of felony fifth-degree drug possession and a charge of petty misdemeanor possession of drug paraphernalia were dismissed at the sentencing as part of a plea agreement reached on March 2.

Court documents state police were dispatched on Sept. 25 to conduct a welfare check at a residence in the 3600 block of Third Place Southwest. The officers located Talamantes and an adult female in a vehicle parked in back of the residence. An officer overheard them discussing that Talamantes brought drugs to the residence.

The woman advised police that Talamantes had drugs in a cigarette pack. Talamantes surrendered the cigarettes pack to police, who located a small bag of methamphetamine inside. Talamantes advised the officers that he was on parole and would probably go back to prison. He then requested to smoke a cigarette, but needed a lighter from the vehicle. An officer went to the vehicle to check for a lighter and looked in the center console, where he saw a large bag of marijuana. Talamantes was then handcuffed and placed in a squad car.

A review of Talamantes’ criminal history shows a prior conviction for aggravated robbery.

On to Rochester: L-P’s all-time leading scorer Olivia Christianson to play basketball for the Yellowjackets of RCTC