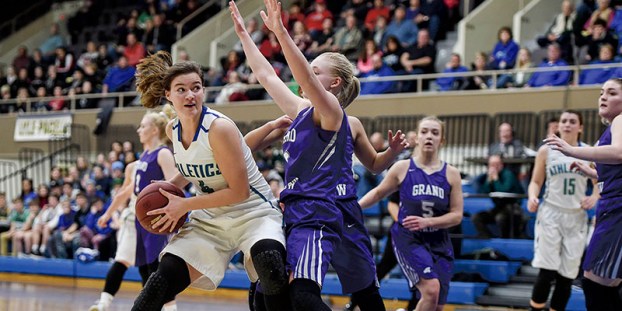 Lyle-Pacelli’s Olivia Christianson looks toward the basket during the first half against Grand Meadow in the 2019 Section 1A semifinals at Rochester’s Mayo Civic Center. Herald file photo

On to Rochester: L-P’s all-time leading scorer Olivia Christianson to play basketball for the Yellowjackets of RCTC

Lyle-Pacelli’s all-time leading scorer made her pledge to keep playing basketball when she committed to Rochester Community and Technical College recently.

Christianson had a highly decorated career for L-P as she helped the Athletics win their first ever state title in 2018 and – led the Athletics to the Section 1A title game in 2019. She finished with 2,177 career points and averaged 24 points, eight rebounds and five steals per game for the Athletics this past season. 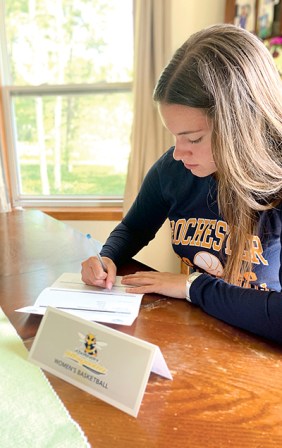 Christianson pondered not playing sports in college, but the more she thought about it, the more she knew she had to keep on playing.

“I really love basketball and I think not playing when you have the ability to, would be a silly decision,” Christianson said. “I needed to stay close to home. I felt it was right and RCTC felt good. It’s somewhere I feel I could be for a year or two.”

Christianson was reassured about playing in college after talking to Lyle graduate and former teammate  Kristi Fett, who recently wrapped up her sophomore season at Division II Minnesota State University in Mankato. Fett had offers from DI schools, but chose to stay closer to home.

Christianson had drawn interest from an NAIA school and Division III schools, but she is satisfied with going to RCTC. The Yellowjackets didn’t have a team last season due to a lack of players. The season before RCTC went 10-15 overall.

Christianson will likely get a chance to see a lot of court time as a freshman and she’s hoping she can help push the Yellowjackets back to prominence. Christianson played a little at all five positions in her time with L-P, but she’s projected to be a forward or shooting guard at the next level.

“Wherever I’m needed, I will be happy to play,” Christianson said. “They’ve had a program in the past and they’ll have a couple of sophomores on the team. I’m excited to be part of the rebuilding process.”

“Winning isn’t what makes or breaks it,” Christianson said. “I enjoyed this last season and I loved the girls I played with, but it was a little different. We have an opportunity at RCTC to be competitive and I’m ready for it.”

Slowly, but surely I’m starting to become a disc golf enthusiast. I am by no means excelling in my abilities... read more