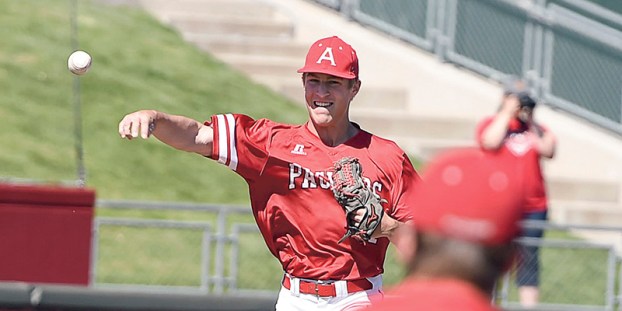 Baseball has taken Teyghan Hovland all across the country, and now it’s taking him to college.

Hovland, who will begin his senior year at Austin this fall, made his commitment to play college baseball at Division II St. Cloud State University on Friday.

He is following the path of Austin grads Joe Kroc, who coached the Packers to state in 2019, and Nate Johnson, who both played baseball for the Huskies.

“I’m super pumped to say that I can continue my college career and play baseball,” Hovland said. “We have a huge tradition in Austin with guys going to St. Cloud and it’s good to be a part of that.”

Although he missed out on his junior season with the Packers, Hovland had a huge year in 2019, pitching the Packers to an upset win over Hill Murray in the opening round of the Minnesota Class AAA State Tournament. On the year, he hit .350 with one homer, three triples, five doubles and 20 RBIs. As a pitcher, Hovland maintained an ERA of 1.70, while striking out 46 and walking 14 hitters.

Hovland’s breakout year came one season after he had pondered his future in baseball.

“Going into my freshman year, I was on the fringe of quitting baseball because of the experience I was having,” Hovland said. “My sophomore year came and from that moment on, I wanted to play baseball and I wanted to play in college.”

Hovland has been traveling around the nation playing baseball since he was 10 years old and he also made a name for himself on the Packer basketball and football teams.

Hovland was hoping to get a lot of baseball this summer, but COVID-19 put a huge dent in his recruiting opportunities.

“I thought this was going to be the summer where I was going to end up where I wanted and then COVID showed up and made everything go away,” Hovland said. “Luckily I’ve got this guy in the cities (Justin Musil) who helped me out and everything worked out.”

SCSU is planning to use Hovland as a pitcher and an every day player. While he still has one more year as a Packer, Hovland is also excited about being a Husky.

“I’m ready to go,” Hovland said. “Everything has been thrown at me growing up with tons of adversity and I’m ready to see what the next level brings.”

The Huskies finished 9-5 overall this past spring before the season was called off and they went 41-14 overall in 2019.

Reads Brown Swiss of Lyle has recently been recognized by the Brown Swiss Cattle Breeders’ Association as the recipient of... read more