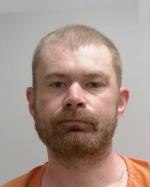 According to the court complaint, police responded to a report of a domestic assault at about 7:07 p.m. on July 26 in the 200 block of First Street Southeast. An officer met with an adult female, who reported that Mitchell had assaulted her. The officer observed a large bump on the right side of her head, which was bruised and bleeding.

She indicated that she let Mitchell stay at her residence, but had been trying to get him to leave her apartment and he refused to do so. She said she attempted to call 911 because he would not leave and Mitchell then punched her in the face. She said the blow knocked her to the floor and that Mitchell got on top of her and punched her some more.

She said that Mitchell threatened to kill her as he was hitting her, but she was able to get away from him. She said she got her phone and Mitchell grabbed her by the head and struck her head against the radiator heater near her bed. She reported she was able to escape to the hallway, where Mitchell then attempted to stab her with a screwdriver.She fled the apartment and got outside, where she was able to call 911. Mitchell then fled the area on foot.

Police soon located Mitchell near the intersection of Second Avenue and South Main Street. Police saw bruising and redness on the knuckles of  both of his hands.

Mitchell will appear in court again on Aug. 6.

The Drug Enforcement Administration urges its DEA-registered practitioners and members of the public to be cautious of telephone calls by... read more