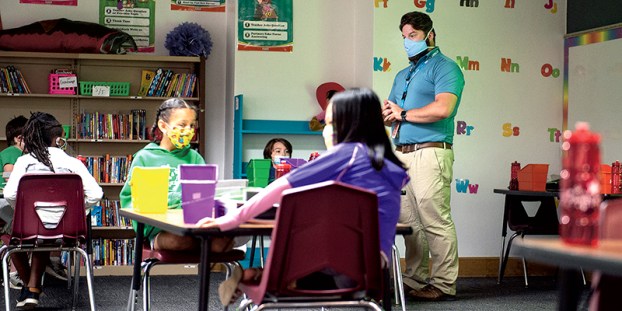 Just a few days after the news was announced, those businesses and individuals who were honored Tuesday night at the Austin Area Chamber of Commerce’s annual meeting were still feeling the joys of winning.

Austin Public Schools was named Large Business of the Year, an honor Superintendent David Krenz said validates everything the school district has done for its students.

“It’s actually very humbling considering we really are a community resource and really value that aspect and the role in the community we play to provide everyone not only an education, but an opportunity for entertainment and recreation as a center point for pride, I hope,” Krenz said.

APS has had to deal with a lot this year with the move to distance learning twice because of the pandemic. As administrators celebrated the honor, Krenz also said that it is recognized as a moral boost for the district, especially this year.

Fairway Mortgage in Austin, owned by Kris Heichel, was named Small Business of the Year. For her, it was not only validation for her and her staff, but the business community as a whole in Austin.

“Honestly, I was shocked at the competition,” Heichel said. “The other businesses that were up for the award were very worthy. It’s been a crazy and wonderful four years, but it’s been a great ride in the industry. It doesn’t feel like work most days.”

With a staff of seven, Fairway Mortgage has been working in a busy year in 2020 filled with ample opportunities for home buyers and those wishing to refinance.

It kept her office on their toes and really showed off what her people are capable of, she said.

“Thank you to the committee for the recognition and to my team and the restless work they’ve gone through for me,” Heichel said. “There’s certainly been time from family and personal time.” 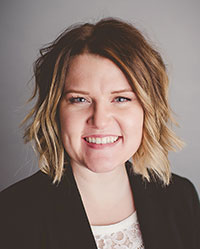 Jaclyn Bird, who has been Chamber Ambassador President in a very challenging year, was named Volunteer of the Year.

As the year went on, Bird found herself taking on more tasks and doing what she could to help the chamber and the ambassadors succeed.

“The heftiest one that took the most work was probably Amigo Days,” Bird said from her job at Edward Jones Financial where she is a financial, planner. “Jeanine (Nelson) was a huge piece of the planning for that. And we also had to change the layout because of COVID.”

Nelson is currently on medical leave from the chamber and with her absence, Bird said  things got a bit more challenging.

However, even with the extra work Bird took on, she found the work rewarding and the honor that followed humbling.

“It’s a huge honor,” she said. “It was one of those things being president I had so many people stepping up to help and the chamber has been so great to me.”

Brenda Landherr, an advertising associate with the Austin Daily Herald was named Ambassador of the Year and along with her team of ambassadors was also honored.

“It’s an honor. We earn it,” Landherr said. “I believe in everything the chamber does and try to support them as much as I can. With us getting Team of the Year, I had other great ambassadors who worked with me through the year.”

In what has become a theme, COVID-19 has put a strain on what the ambassadors could do in serving the business interests of the business community.

“It’s been a tough year with COVID and we haven’t had a lot of activities,” she said.

As winter draws near and new COVID-19 regulations have put social gatherings to a halt, there is a way to... read more