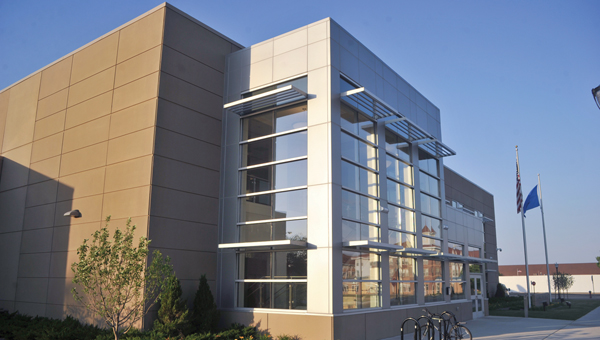 Board OK’s payoff of bond on Jail and Justice Center

The Mower County Board of Commissioners Tuesday morning voted to pay off the remaining bond on the Jail and Justice Center, leaving them debt free on the building.

The board voted unanimously to transfer $4,964,000 from the General Fund to the Bond Fund in order to clear the books of that debt, worth a total of $9.9 million. The move of money from General to Bond is a technicality because from an audit perspective, the funds need to come from the Bond Fund.

“The taxpayers will be happy to hear that,” said Commissioner Jerry Reinartz, commenting on Tuesday’s move.

This bond is the last of two bonds taken out to pay for the jail that came in at $31 million and was completed in 2010.

The county decided it was time to pay off the bond, noting   it was no longer sensible investing when it was getting a lower rate of return on the debt.

“This is like when we pay off our car,” County Administrator Trish Harren said. “It frees our budget to save money and I think that’s our intent — to replenish our funds.”

The first bond of $16 million was paid off two years ago.

In the 2021 budget, the county has $57.6 million in expenditures and the bond payment accounted for $728,000. That savings, Harren said, will equate to several levy points, allowing the county to keep its levy lower.

As COVID-19 cases continue to go down in the county, vaccinations have also slowed according to Crystal Peterson, director of Health and Human Services, in a report to county commissioners Tuesday.

Peterson said that currently around 62.2% of the county has been vaccinated, just under the statewide average of 65%.

A few clinics have been set up throughout the month of June; however, Peterson said, “That phase may be over.”

Instead, the county could be looking at going where the requests are.

“When a request comes in we go to them,” Peterson said. “We just need to think about the resources we’re putting into hours.”

Overall, the state is sitting in a good spot, Peterson said, reporting that the state infection rate is 9.1 person per 100,000 and that most of the people who come down with cases are mostly from variants of the coronavirus.

One of the questions now is whether boosters will be needed in the future and how that might look.

“There are trials on booster shots,” Peterson said. “They are kind of monitoring people’s levels of antibodies. What they are finding at times is waning but not very quickly.”

What’s uncertain is if boosters are used, will they need to be yearly or given more frequently?

Deputies who killed man had body cams, couldn’t use them

WASHINGTON — The two sheriff’s deputies who shot and killed a Black man  while assigned to a U.S. Marshals Service... read more