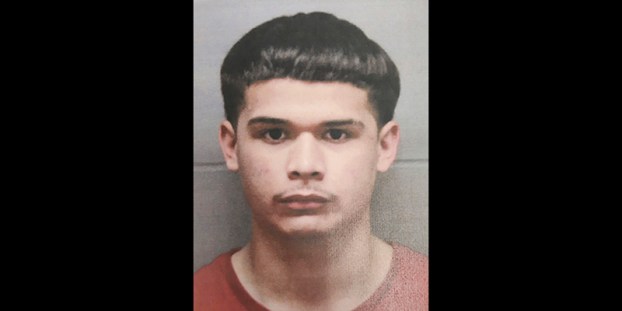 More information has been released about a Sioux Falls, South Dakota, teen wanted in connection to a Saturday morning shooting in Austin that left one dead.

According to the court complaint, police responded to a report of a shooting with multiple injuries at about 1:10 a.m. on June 5 in the 100 block of 12th Street Northeast. Once on scene, officers encountered several people outside the residence appearing to be in distress. An unknown subject stated there was a man upstairs that was shot “four” times and “bleeding” out.

An officer entered the residence and located David Harris, 45, of Austin on the floor with three bullet wounds in his chest. Emergency personnel attempted lifesaving efforts, but Harris was pronounced dead.

A weapon was located near Harris and another weapon dropped by the suspect was located at the top of the stairway landing. Shell casings were observed in each of the bedrooms on the second story, in the hallway and on the stairwell. There were multiple bullet holes and markings on the bathroom door jamb/frame/door, a shattered window in the second bedroom on the left, and blood stains in the common area, the right bedroom, the bathroom, and the second bedroom on the left. Blood was also located on the steps, on the walls going downstairs, on the front door and leading out of the residence.

Another victim who was shot told police that the suspect, later identified as Nunez, had come to the residence with three other males to purchase marijuana. Nunez and one of the other males entered the residence and went up to the bedroom upstairs. Individuals in the residence began to weigh the marijuana when Nunez pulled out a handgun and stated they needed to give him all of the drugs or he would shoot everyone in the house. Harris heard commotion in the room, grabbed his gun and opened the door to the bedroom, where he was shot in the chest by Nunez. The other victim struggled with Nunez and was also shot.

The victim said Harris also shot Nunez, who fled the residence and dropped his weapon on the way out.

The victim received a social media post regarding one of the males who came to the residence. Through the social media post and assistance of the Albert Lea Police Department, Austin Police Detectives interviewed a juvenile male who was present in the vehicle with Nunez. The juvenile indicated that they went to the residence under the guise of buying marijuana but they intended to rob the victim of his marijuana. He indicated that Nunez, who he knew by the moniker “Spazzo,”was injured when he came out of the residence and wrapped his hand because it was bleeding.

The juvenile indicated he recently moved to the area from Sioux Falls and that he had friends visiting from Sioux Falls. He said they originally intended to rob another drug dealer of his drugs, but when they contacted him, he told them to purchase marijuana from the victim instead.

Officers found a picture of “Spazzo” on his Facebook page after the juvenile told them that was his Facebook name. Police forwarded the picture to Sioux Falls law enforcement, who determined that the photo from Facebook matched the identity of Nunez. Police prepared a photo lineup that included a picture of Nunez, who was positively identified as the shooter.

According to a press release from Capt. Josh Phillips of the Minnehaha County Sheriff’s Office, Minnehaha deputies attempted to apprehend Nunez on June 7 near the 100 block of North Lake Avenue in Sioux Falls. Nunez fled eastbound on foot and was last seen wearing a black shirt, black track pants, black flat-billed hat and bright red shoes.

Anyone with information on Nunez’s location is urged to contact law enforcement. Nunez is considered extremely dangerous and citizens are warned not to approach

One man is dead Saturday following an early morning shooting in Austin. The Minnesota Bureau of Criminal Apprehension, along with... read more