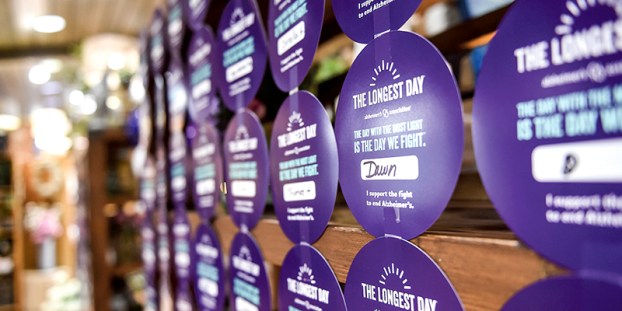 Placards line the walls of Sterling Main Street showing the names of those who donated to Sterling Pharmacy’s June fundrive this year. Eric Johnson/photodesk@austindailyherald.com

Our Opinion: Caring and giving alive in Austin

Wednesday was a good day for philanthropy in Austin and a reflection of the giving spirit even in a time as tough as a global pandemic.

Sterling Pharmacy announced that a fundraising effort at locations in southeast Minnesota and north Iowa raised $25,678 in the sixth year of its run. This dollar amount was matched by the Astrup Family Foundation dollar-for-dollar, bringing the total donation to $51,356, all of it donated to the Alzheimer’s Association.

Earlier that day, Hormel Food Corporation donated $10,000 to Cedar Valley Services, kicking off an initiative to donate 10 checks for $10,000 each as a reward for “little acts of substance.”

Austin has been a giving community for years, and even during some pretty difficult periods of time this past year and a half, that giving spirit continues to thrive.

Evidence of this is in the Sterling fundraiser. The $51,000 raised is the most of the six years of the drive.

These kinds of gestures not only reflect on the businesses in question, but the community that supports them. The giving is only one part of the effort though. To truly make it work, you need a community that believes enough to give the money to a good cause.

We commend Sterling, Hormel and the employees of both places for working hard to ensure this type of giving can continue throughout the year and we commend those that give for doing their part in a partnership that defines Austin.

Marvin Repinski: Did you say ‘people have feelings?’

I plan to send a get-well card to a friend which reads, “Here’s hoping each day finds you — Improving... read more